The Important Places will grab you by the heart! This 10 minute video is a river story, but so much more. It is a tribute to the love between child and parent, and just might bring tears to your eyes. My son Forest, knowing that I had kayaked the Colorado River through the Grand Canyon […] 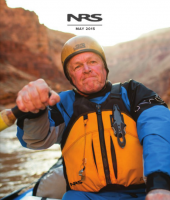 Well, what a surprise in my mailbox!…

As the Chattooga River Festival quickly approaches, (June 22 – 24, 2012), there has been much soul-searching by the organizers concerning the choice of Deliverance as the overriding theme. With this summer marking the 40th anniversary of the release of Deliverance on the big screen, it seemed a logical choice to make the movie the drawing card.

But the questions being asked by the media giving publicity to this event have given the organizers pause. Basically, “Is there still significant resentment by Rabun County residents over how Deliverance depicted mountain people?” This prompted me to write my own take on the issue.

Your cart is empty